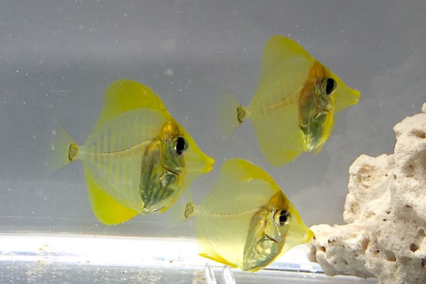 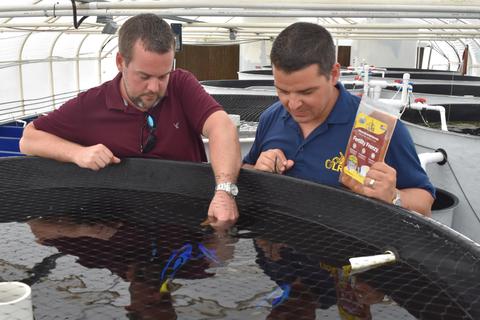 On February 9, 2017 The Indian River Research Center was proud to announce the aquaculture of the Reef Butterflyfish (Caetodon sedentarius) Click the photo to learn more about this project and the foods used. >>> 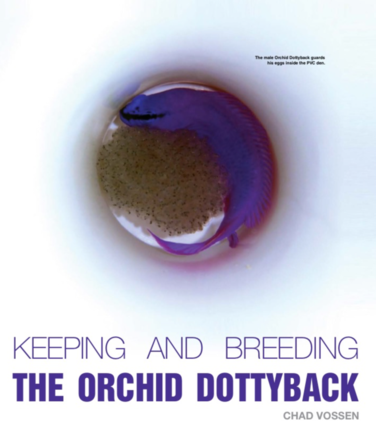 "We have been using LRS sheet seaweed for about eight months now with our Yellow Tang broodstock. We prefer this product over the grocery store variety due to Larry's extensive quality control when sourcing the seaweed." 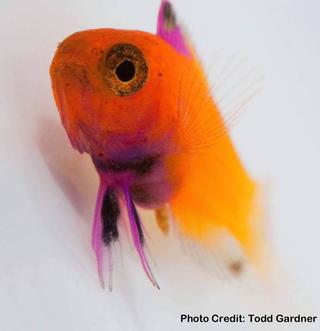 In this poster displayed at MACNA 2016 LRS Fertility Frenzy® was mentioned as one of the foods fed to the broodstock at Roger Williams University while captive breeding the cleaner wrasse. 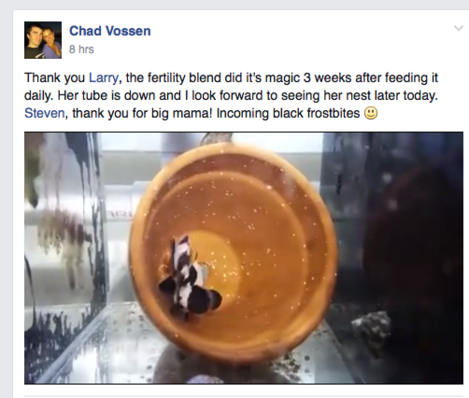 "The Indian River Research and Education Center at the University of Florida would like to thank LRS for delivering high quality foods that have helped bring out the best in broodstock egg quality and contributed to our research in ornamental marine species."

Chad Vossen of Vossen Aquatics, LLC was featured in Reef Hobbyist Magazine where he mentioned that LRS Fertility Frenzy® food increased the growth of the larvae during the "grow out" stage. You can learn more starting on page 28 here:

In this presentation from MACNA 2016 LRS Fertility Frenzy® gets credit for increasing the egg production and aiding the success of the first captive bred Rainfordia opercularis. These fish were owned by Kevin Kohen from Live Aquaria and are one of two pairs in the US with a value of $12,500+! Click the photo to learn more. >>>>> 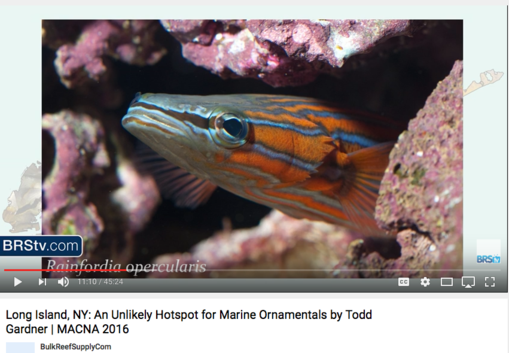 LRS is the preferred food for many hobbyists who collect rare and exotic fish. The incredible feeding response gets even the most finicky new arrivals eating, and the diverse nutrition makes it simple to feed a variety of fish. The fish in this photo below are just a few that Chad Vossen from Vossen Aquatics cares for. Using Fertility Frenzy® and his custom made larval collection traps he is attempting to rear Joculator angelfish which are regularly spawning in this system.

LRS has been providing food to researchers for years to assist with captive breeding efforts. Check out this link to the article noting how the Melanurus Wrasse broodstock were conditioned on LRS as one of the preferred foods before their successful hatch: 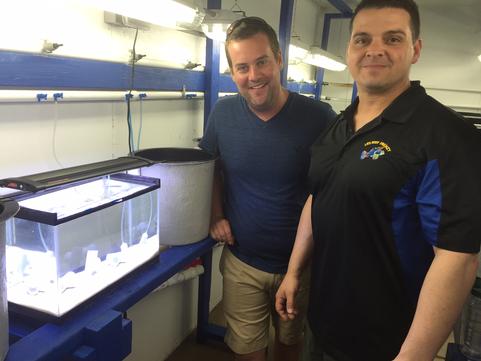 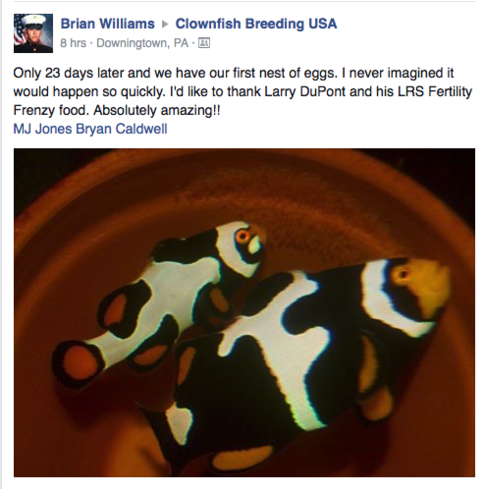 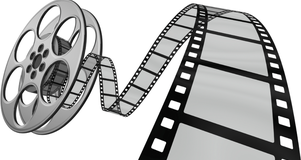 When you have some of the most beautiful Acans available you don't feed just any food. The folks at Cherry Corals feed LRS foods due to the cleanliness and growth their corals have displayed after switching.

Check out this feeding video to see some serious eye-candy!

You can shop for these and more at Cherrycorals.com​​​

We are proud sponsors of Reef2Reef where you can read thousands of posts about our products in our forum by clicking the icon.

"Fish Fish Fish" has been operating in NC under the same roof for 50 years and selling our foods for over 5 years. Donnie emailed me this pat on the back.

"Larry, yesterday we got in some Key West, FL Black, Blue and Queen Angels. Today they all ate your Reef Frenzy food with vigor. That is a great success! To be swimming in the ocean one day and then eating frozen prepared foods the next is not an easy accomplishment."

The Edenton National Fish Hatchery in NC uses LRS Fish Frenzy® in both their public display aquariums as well as their breeding and hatchery program.

When you design, install and maintain custom aquariums for the most demanding clients selecting a second rate food is unacceptable. Aquarium Artisans of Cincinnati, OH supplies proportioned squares of LRS Foods for their clients each week for simplified feeding. 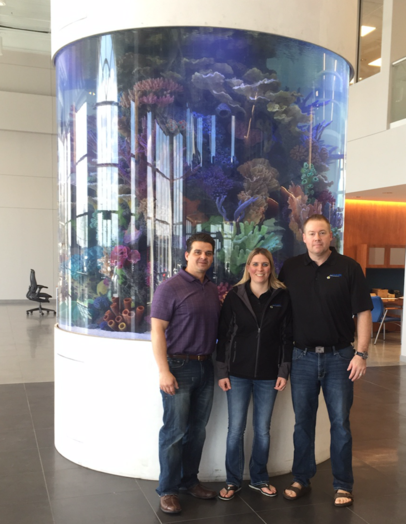 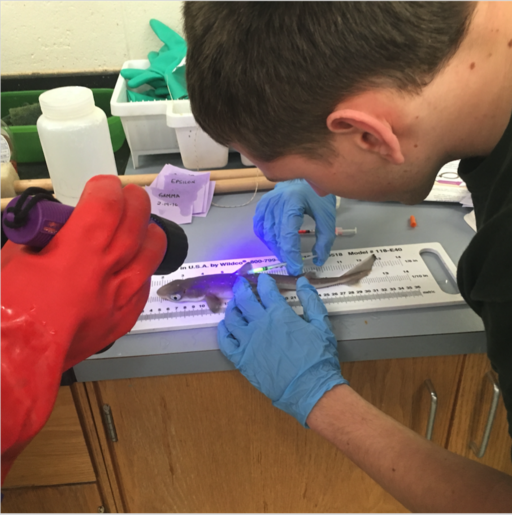 LRS foods continue to be used in captive breeding breakthroughs!

In July of 2016 the University of Florida's Tropical Aquaculture Lab revealed to the world that they successfully raised blue tangs for the first time ever in captivity. Kevin Barden granted us a sneak peek of the developing juveniles before the news was announced to the world.

"We feed our blue tang broodstock LRS Fertility Frenzy. Having worked with Larry since December 2014, he's listened to researchers around the globe and tweaked this blend to be a great food to condition fish for spawning."- Kevin Barden 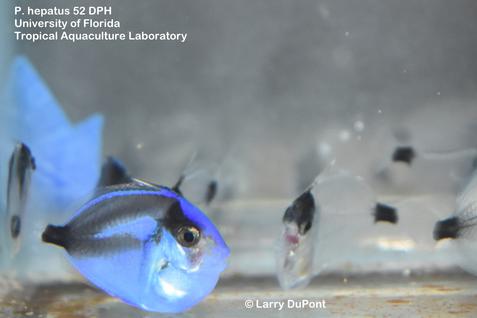 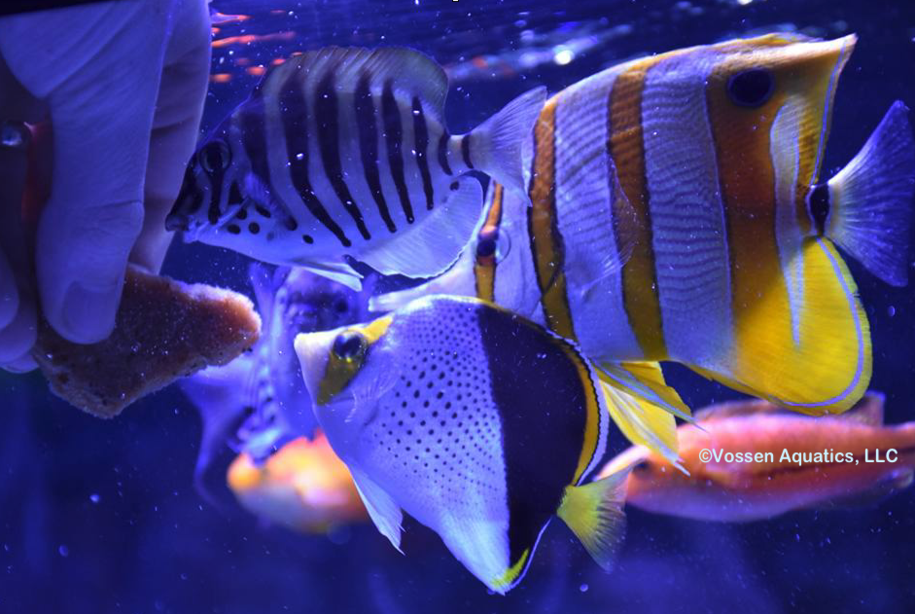 At the July 2016 MBI workshop Dr. Andy Rhyne from Roger Williams University gave a presentation on the first successful captive breeding of the Yasha Gobies. LRS Fertility Frenzy™ was named as one of the primary feeds used to condition the broodstock. Click on the photo to read the article! >>>

"After just three weeks of introducing this to their diet they started to have really nice spawns! And they didn’t eat them. Without the induction of his food into their diets, I would not have gotten the spawn quality that I did."  -​ Noel Heinsohn from the Long Island Aquarium 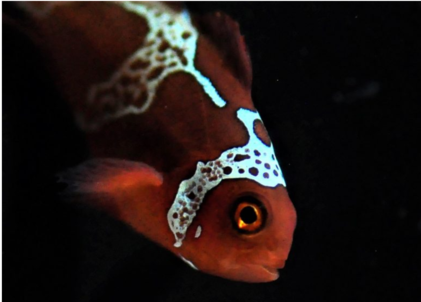 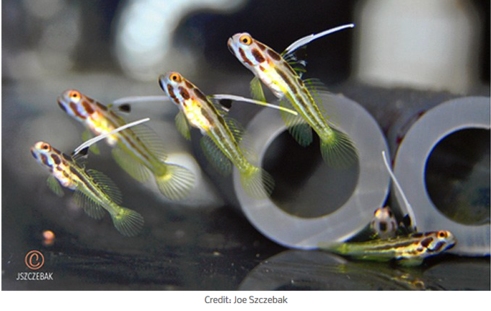 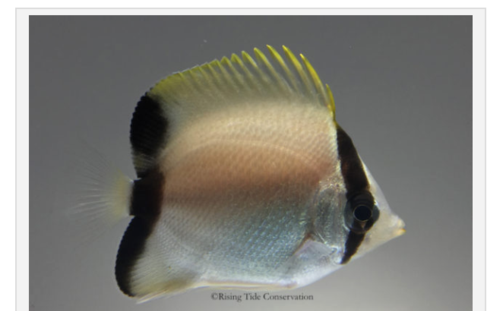 FishEye Aquaculture is located in Florida and provides captive bred ornamental fish to both public aquariums and retail stores. 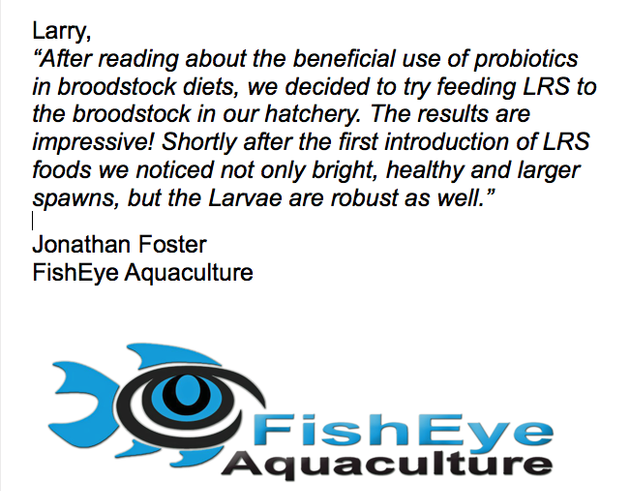 The Northeast Fisheries Science Center in New Jersey has successfully kept 18 captive bred Spiny Dogfish (Squalus acanthias) sharks alive and thriving on a diet of LRS "Chunky" food for over a year. This is a very difficult species to convert to eating prepared foods and LRS has been credited with playing an important role in the project.

LRS was mentioned as a preferred food in several MACNA 2016 presentations. In this video LRS is named as the food for one of the newest exhibits at the Steinhart Aquarium! Click on the photo to the right to learn more! 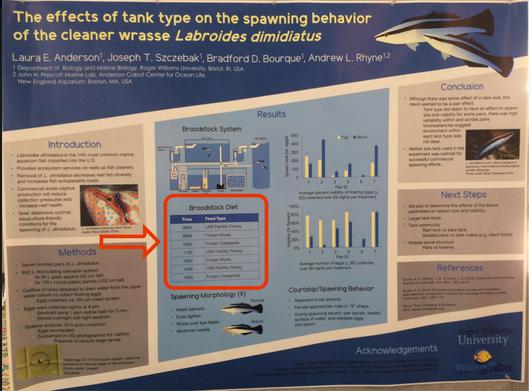 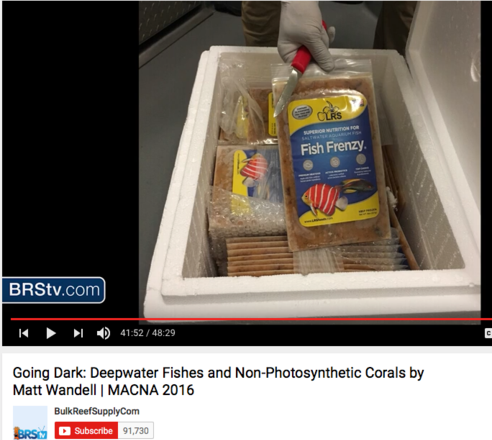 Want to see 300+ clownfish chowing down on LRS?

If you would rather read about the Rainfordia opercularis here is a great article with amazing photographs showcasing Todd's work: https://reefs.com/magazine/captive-culture-of-the-flathead-perch-208

After waiting four long years to obtain import permits Todd Gardner was able to bring the first six Gramma dejongi into the US from Cuba. Click on the photo on the right to learn how LRS Fertility Frenzy® surprised him by conditioning the adults to spawn in a short period of time!

Welcome to LRS Foods.
"Favored by hobbyists, endorsed by professionals!"
View on Mobile